History of the Blouza Hall - The Crest


The former Hoyts Crest Theatre was designed by Cowper, Murphy and Associates and built by A. W. Edwards Pty Ltd. It was one of the very few cinemas built in the late 1940s.

The interior of the Crest Theatre reflects the cinema designs of the late 1930s continued into the post- World War II period in a simplified manner and, as such, is rare in New South Wales.

The interior features intact decorative plasterwork, light fittings, drapery, candy bar and entry foyer. They have high aesthetic significance and their style is unique among the cinemas of New South Wales.

The theatre's distinctive facades, original signage and corner location make it a prominent landmark in the locality.

This building has social significance, as a local cinema from 1948 until 1963 and since then has been adapted for use as a public hall for social and entertainment purposes. 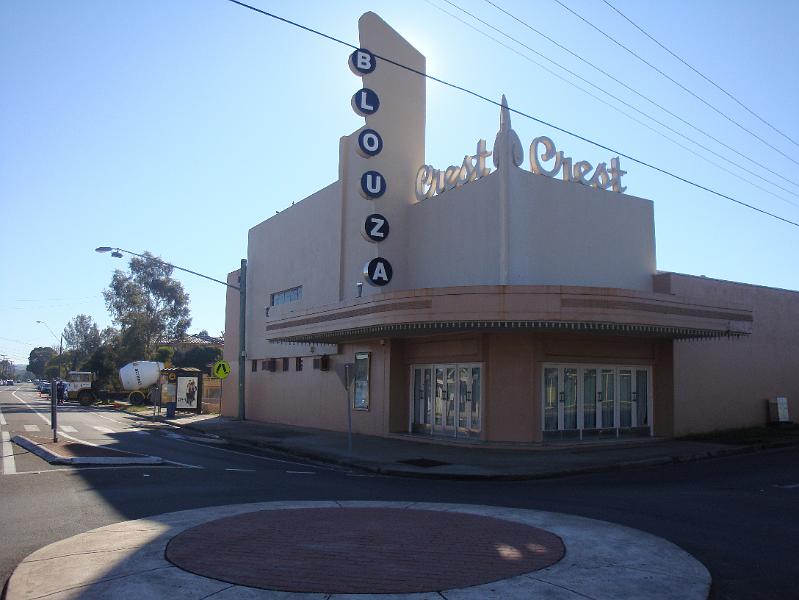